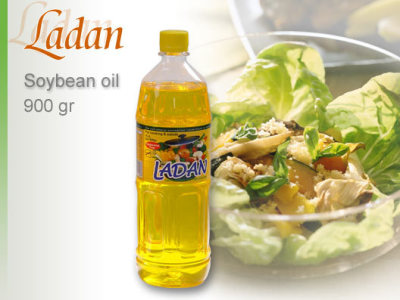 No cholesterol
With vitamins A & E
Without taste and smell
Without any insoluble impurities, waxes and minerals
Clear appearance
Suitable for different kinds of sauces and salads
Full of essential fatty acids

Soybean oil, commonly called "vegetable oil," is the natural oil extracted from whole soybeans; Low in saturated fat (15%) and high in unsaturated fat (61% polyunsaturated, 24% monounsaturated). As it contains only 15% unsaturated fat, soybean oil is a good replacement for fats and oils with higher levels of saturated fat, such as butter, palm, and cottonseed oil. Two of the polyunsaturated fatty acids in soybean oil include two essential fatty acids, linoleic and linolenic, which are not produced in the body. Linoleic and linolenic acids foster the body's absorption of vital nutrients and are required for human health. Soybean oil also contains ingredients, which are currently under investigation for the ability to lower LDL ("bad") cholesterol.
You can use soybean oil in any recipe that requires vegetable oil. Soybean oil is also used by the food industry in a number of other products including salad dressings, margarine, mayonnaise, non-dairy creamers and conserves. And because it is in so many foods, soybean oil is one of the major sources of vitamin E in the diet. Whole soybeans are high in vitamin E, and though processing removes over 30% of the vitamin E, the processed soybean oil is still considered to be a good source of this important vitamin.
Omega-3 fatty acids, for example linolenic acid, are special fat components that benefit many body functions. For instance they inhibit blood clotting, thereby reducing heart attack risk, and control body biochemicals that reduce inflammation and promote healing. Oily fish such as salmon and sardines are excellent sources of omega-3 fatty acids. Soybean oil and canola are the only common vegetable oils that contain omega-3.